We are telling the history of software and computers using exhibits of museum. We believe that the very Software and the idea of its creation have become the pledge of the world's computerization. And today Software is the cause of the Hardware development all over the world!

There are a lot of rhetorical questions: "What was at first: music or dancing? A crop or an adult plant? A computer or a soft?”.

You can argue for a long time, but what is the reason if you can see everything in the Sw and Co Museum and find the answer at least to the last question.

After all, here you can see what achievements were made by developers because of the software need. And also to penetrate the spirit of the history of those things that have become an integral part of our life nowadays, and see where everything traced its roots in the past. After all, fans and founders of the Sw and Co Museum have personally collected over 100 rare exhibits of computers, gaming consoles, computer facilities and even robots. The founders themselves washed each key from the dust, checked each board and breathed life into these "dinosaurs from the attic".

It is for real! Being in the museum does not seem like in front of you inanimate exhibits. Each of these pieces of art looks alive and it's like they about to sip your sleeve and tell you a unique story of life.

And they have a lot to tell you about! For example, the pride of the collection - Apple II - might tell the world the history of its own life, who grasped the keys of this greedy in the 77th - the first serial PC at that time. And the Vixen computer that came out and virtually laid the foundation for the end of the Osborne corporation. For sure it could tell us how the star of this once-mega-famous brand was extinguishing like nobody else could!

However, we will not tell you about all the exhibits - it's better to come and listen to everything from the guide!

The best thing about the Museum is that it's not only a single era equipment. In this room, it is as if you were getting into the loop of time. Where else can be seen on the same shelf an aging computing device and the device that it evolved to? And at the end of such a " technical evolution chain" a friendly robot Jibo, that has a similar temperament to puppy, is expecting to each visitor.

Having reached the end of the exhibition, everyone will have a little sad or nostalgic mood. But at the same time, the pride for your ancestors who started this difficult path of technological progress, for contemporaries, who have done so much to increase it and the hope for successors. The empty shelf of the Sw and Co Museum is waiting for their technological masterpieces.

Dag Spicer is senior curator at the Computer History Museum in Mountain View, California. His background is in electrical engineering and the history and philosophy of science and technology. Over the past 23 years, Dag has led the curation and interpretation of the world's largest and most important permanent collection of computer artifacts. He is recognized internationally as a subject matter expert in the history of computing and holds graduate degrees in the history of technology from the University of Toronto and Stanford University.

THE FOUNDERS OF THE MUSEUM

Professionals of their own affairs who make their social contribution to the development of the older generation on a voluntary basis. 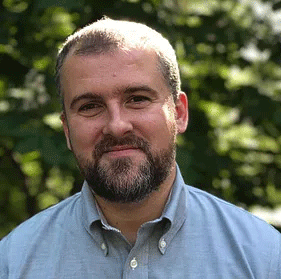 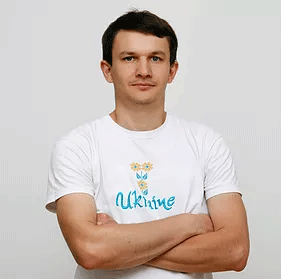 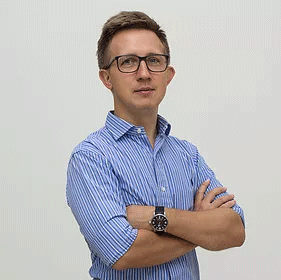